You Are Here:Home>Obituaries>Ora Gene Emmert 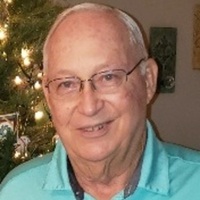 Gene was born February 23, 1944 in Crawfordsville, a son of the late Thomas Earl and Ruth Ellen (Wright) Emmert. Gene was married to Ruth Ann (Walker) for 56 years, she survives.

Gene was a graduate of Thorntown High School, and was drafted into the U.S. Army, serving in Vietnam.  He was employed by Conrail – CSX Railroad, retiring in 2004 after 30 years.  He enjoyed woodworking, hunting and fishing.  Gene was a member of the Mechanicsburg Christian Church.

Family and friends will gather Saturday, August 7, 2021 for visitation from 9 a.m. until the time of the funeral service at 11 a.m. in the Strawmyer & Drury Mortuary, 2400 N. Lebanon Street, Lebanon. Memorial contributions in his memory may be made to the Mechanicsburg Christian Church, 650 W. Horton Rd., Kirklin, IN 46050 or charity of donor’s choice.