You Are Here:Home>Obituaries>Patricia Anne “Patty” Roberts 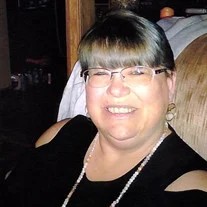 Patricia Anne “Patty” Roberts, 53, passed away Wednesday, August 19, 2020 at St. Vincent Hospital in Indianapolis, Indiana. She was born in Lebanon, Indiana on November 24, 1966, a daughter of Maita (Doan) Edwards-Gabbard and the late Wallace R. Edwards.

Patty was a 1985 graduate of Frankfort High School, prior to graduation she attended schools in Lebanon. She received her associate degree in criminal justice and attended the Art Institute of Indianapolis.

On December 6, 1998, she was united in marriage to Brian L. Roberts; he survives. She was a member of the VFW in Paoli. Patty was an avid SYFY fan and enjoyed reading. She was a devoted wife, mother, daughter and sister, who will be deeply missed by all who knew her.

Patty leaves behind her husband: Brian Roberts of Lebanon

Family will gather at a later date for a celebration of life. Myers Mortuary and Boone County Crematory has been entrusted with her cremation arrangements.

In lieu of flowers, memorials may be made to the Humane Society for Boone County, P.O. Box 708, Lebanon, Indiana 46052.