You Are Here:Home>Obituaries>Rebecca Ann Herring 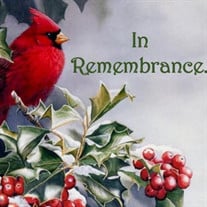 Mrs. Rebecca Ann Herring, 77, passed away on Friday, December 24, 2021, at Homewood Health Campus in Lebanon, Indiana. She was born June 27, 1944, in Indianapolis, a daughter of the late William and Dorothy Ruella (Sawyer) Roberson.

In 1965, she was married to Wendal Howard Herring in Madison, Indiana; he survives.

Raised in Indianapolis, Rebecca was a graduate of Howe High School. She had worked for Indiana Bell, Hogan Mayflower and Carter Van Lines. Rebecca retired in 2021 from Golden Rule Insurance.

She was a loving wife, mother, and grandmother. She adored her grandchildren and was proud of each of them.

In addition to her parents and husband, Rebecca was preceded in death by a sister, Mary Alstoll.

Funeral Services will be held at 11:00 a.m. on Friday, December 31, 2021, at the funeral home in Lebanon.
Interment will follow services at Browns Wonder Cemetery in Lebanon.

Memorials in Rebecca’s memory may be directed to the charity of the donor’s choice.