You Are Here:Home>RadioMom Local News>Reckless Driving Complaint Leads To Pursuit And Recovery Of Stolen Vehicle 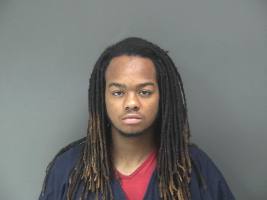 A Clinton County Deputy located the vehicle, a 2021 Hyundai, and attempted to initiate a traffic stop, when the vehicle fled and a pursuit ensued.
The pursuit went through northwest Clinton County and into Tippecanoe County, where it traveled northbound on I65. Once on the interstate, Troopers with the Indiana State Police joined the apprehension effort. Near the 175mm (exit to State Road 25), Troopers deployed a tire deflation device, which partially disabled the suspect’s vehicle. The suspect vehicle came to a stop a short time later. The driver was taken into custody without further incident. The suspect’s vehicle was confirmed to have been reported as stolen from Illinois.
The driver of the suspect vehicle, Jamarr M. Davis, 19, of Chicago was later formally charged by the Clinton County Prosecutor’s Office with the following:
Auto Theft—Level 6 Felony
Resisting Law Enforcement with a Vehicle –Level 6 Felony
Leaving the Scene of an accident—Class B Misdemeanor
Reckless Driving—Class C Misdemeanor
Operating a Motor Vehicle without Ever Receiving a License—Class C Misdemeanor.
Clinton County Deputies were assisted by the Clinton County Central Dispatch, Indiana State Police Lafayette Post, Tippecanoe County Sheriff’s Office, White County Sheriff’s Office and Farney’s Wrecker Service.
***All defendants are presumed innocent until proven guilty in a court of law.