You Are Here:Home>Obituaries>Roger Dale Musser 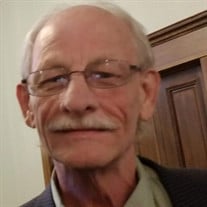 Roger was a 1975 graduate of Lebanon High School and attended Indiana State University. He was of the Presbyterian faith. Roger was a devoted father and grandfather. When his children were younger, he served as a cub master and soccer coach. He loved being a grandfather and great grandfather. He had a passion for cooking.

In addition to his parents, Roger was preceded in death by a sister, Phyllis Ann Musser; and two brothers, William Andrew Musser and Richard “Ricky” Musser.

Family and Friends will gather from 3:00 to 5:00 p.m. on Monday, January 3, 2022, at Myers Mortuary, 1502 North Lebanon Street, in Lebanon.
Boone County Crematory has been entrusted with his cremation arrangements following visitation.