You Are Here:Home>Obituaries>Roger Lee Brown 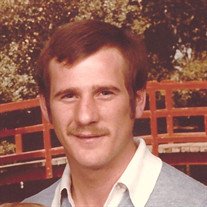 Roger Lee Brown, 67, of Frankfort, Indiana, passed away Tuesday, July 7, 2020, at St. Vincent Hospital in Indianapolis. He was born August 22, 1952 in Coldwater, Michigan; a son of the late Edward and Mary (Rowe) Brown.

He graduated from Fallbrook High School in California. Following high school, he served his country honorably in the U.S. Marine Corp from 1971 to 1973.

Roger was married to Brenda (Hale) Engle and later divorced. He is survived by a longtime companion, Melissa Pettit.

He was a dedicated owner and operator of Roger Brown Construction in Frankfort. He was also a member of the American Legion in Frankfort. Roger was a wonderful father and grandfather who worked hard and enjoyed playing golf in his spare time.

In addition to his parents, Roger was preceded in death by brothers, Charlie Brown and Richard Brown; and a sister, Barbara Norwick.

Funeral Services will be held at 11:00 a.m. on Tuesday, July 14 at the funeral home in Lebanon.

In lieu of flowers, memorials may be given to the American Heart Association. Central Indiana-Regional Office, 6500 Technology Center Drive, Suite #100, Indianapolis, Indiana 46077.