You Are Here:Home>Obituaries>Russell K. Hansen, Jr. 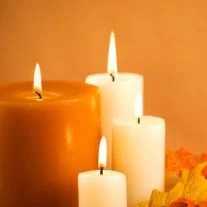 Mr. Russell K. Hansen, Jr., 63, passed away unexpectedly on Saturday, November 14, 2020 at his home in Lebanon, Indiana. He was born in Indianapolis, Indiana on May 20, 1957; the son of the late Margaret Opal (Franklin) Hansen and the Russell K. Hansen, Sr.

He was a 1976 graduate of Western Boone Jr. Sr. High School. In 1983 he was married to Tammy (Woodall) Hansen and she survives.

Russell was a forklift operator for Prairie Industries in Lebanon for twenty-seven years.

He loved his family and adored his grandchildren. In addition to family Russell enjoyed fishing, golfing, and coaching baseball and softball in Boone County.

In addition to his parents, Russell was preceded in death by a brother, Daniel Kershaw.

A Private Memorial Service will be held at a later date. Myers Mortuary and Boone County Crematory have been entrusted with his cremation arrangements.