You Are Here:Home>Obituaries>Sabrina Marie Blankenship 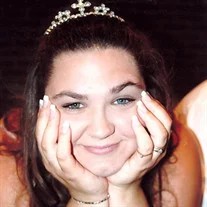 Sabrina Marie Blankenship, 40, of Lebanon, passed away on Wednesday, November 18, 2020 at Witham Memorial Hospital in Lebanon. She was born in Lebanon, Indiana, on April 20, 1980; a daughter of Roy Laverne Lynch, Jr. and Robin DeAnn (Dittemore) Lynch.

She was a 1998 graduate of Lebanon High School. Following high school, she received her associate’s degree from Kaplan University.

On July 28, 2001, Sabrina was married to Corey Blankenship in Lebanon, Indiana and he survives. She was a member of Lebanon Church of Christ.

Sabrina was a bank teller at Union Federal Bank for a few years and also worked ten years at Pearson Education in Lebanon. She enjoyed watching movies, animals of all kinds, camping, riding ATV’s and bonfires. Sabrina was strong-willed with a fun-loving personality. She was a devoted wife and mother who loved her family, her husband and son, Quintin, with all her heart.

Sabrina was preceded in death by a brother, Ron M. Lynch and grandparents, Joan and Roy L. Lynch, Sr. and an aunt, Vola Lynch.

Due to Sabrina’s wishes, no services will be held. Boone County Crematory has been entrusted with her cremation following services. Online condolences: myersmortuary.com

In lieu of flowers, memorials may be made to the charity of the donor’s choice.