You Are Here:Home>RadioMom Local News>School Board Candidate Post Raises Concerns 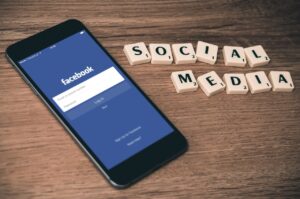 A candidate for the school board in Zionsville is taking a lot of heat for comments he made on a Facebook post about Nazis.

In the conversation on Facebook, a voter asked Keefer about his positions on Zionsville schools’ policies on COVID-19 and on how teachers should approach certain subjects.

Keefer replied, “I have no problem with your examples being taught in schools, but a few exceptions to these specific instances. All Nazis weren’t ‘bad’ as you specify. They did horrible things. They were in a group frenzy in both cases you site (sic).”

Keefer’s comments have caused outrage for many Zionsville voters, including Bob Goodman, a Jewish man who owns a jewelry store in the Boone County town. He told WISH-TV that he’s been actively making sure his customers are aware of what Keefer said.

“I just want to make sure people know what’s going on and what’s being said,” he said. “I haven’t run into anybody to this point whose eyes haven’t bugged out of their head over it.”

In a follow-up statement issued on behalf of Keefer by one of his supporters, he said that he meant to say that Nazi supporters were “systematically brainwashed.” Goodman believes this is a cop-out.

Keefer in another follow-up statement said: “I was correct. While some followers of this conversation understood some of the nuance in my points immediately, others chose to try and tear me down. To be clear: I never was, am not now, and never will be a Nazi sympathizer.”

One of Keefer’s opponents in the school board election Christy Wessel-Powell called Keefer’s comments disturbing and irresponsible.