You Are Here:Home>Obituaries>Sharon K. Vann 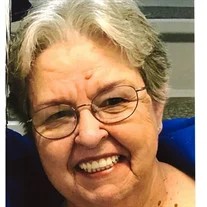 Sharon K. Vann, 77, of Lebanon, Indiana, passed away on Wednesday, September 30, 2020, at Witham Memorial Hospital in Lebanon, Indiana. She was born on July 15, 1943 in Cuba, Missouri; a daughter of the late George Franklin and Margaret Evelyn (Sullivan) Straub.

She was a graduate of Lebanon High School. On September 25, 1964, she married the love of her life, Lowell “Gene” Vann; he survives.

Sharon was employed over twenty years as an office manager with E-Z Rake in Lebanon. She also was employed at Witham Memorial Hospital as an admissions clerk and was a receiving clerk for DSI.

She was known for her amazing barbeque ribs and potato salad which were the most requested at family gatherings. Spending time with her family and grandchildren brought the most joy to her. She will be greatly missed by her family and friends.

In addition to her parents, Sharon was preceded in death by a brother, Steve Straub; and sister Shirley Whitaker

Celebration of Life will be held on Saturday, October 10 at 4:00 p.m. at the Fraternal Order of Eagles, 2140 North Lebanon Street in Lebanon, Indiana.

Myers Mortuary and Boone County Crematory have been entrusted with her cremation arrangements. Memorials may be made to the charity of the donor’s choice.