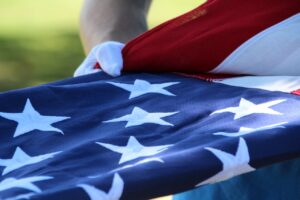 A slain Terre Haute police officer is now laid to rest.  The funeral for Detective Greg Ferency was held yesterday.  He was shot to death in an ambush outside of the FBI Indianapolis Resident Agency in Terre Haute a week ago.  Flags were flown at half staff in his honor yesterday.  And, he was awarded the Medal of Honor and the Wounded in Combat medal posthumously.