You Are Here:Home>Obituaries>Stephen Ray Peters 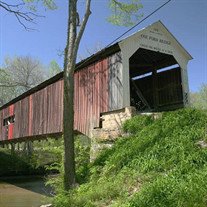 Stephen Ray Peters, 71, passed away at his home in Lebanon on Monday, April 12, 2021. He was born in Lebanon, Indiana on August 6, 1949; a son of the late Rayburn Ernest and Barbara Ellen (Carney) Peters.

He was a graduate of Lebanon High School and Ball State University. Stephen was a retail manager for several JoAnn Fabrics in Indianapolis.

Stephen loved his daughters and adored his granddaughters. He also had a passion for collecting antiques, traveling, attending shows at Beef & Boards, vacationing at Disney World and spending time with family and friends.

Visitation is planned for Monday, from 11:00 a.m. until the time of service at the funeral home in Lebanon.

Interment will follow at Oak Hill Cemetery in Lebanon.

In lieu of flowers, memorials may be given to the charity of the donor’s choice.