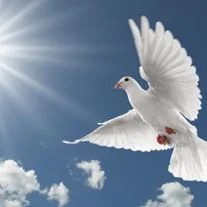 Sue Sangster, 78, formerly of Lebanon, Indiana, passed away on Monday, November 9, 2020, at Majestic Care of Sheridan. She was born in 1942 in Lebanon, a daughter of the late Clarence and Ethel (Ludlow) Miller.

She was first married to Gene Sluder and then later was married to Kenneth Sangster. Mr. Sangster preceded her in death on October 20, 2011.

Raised in Lebanon, Sue was a graduate of Lebanon High School. She went on to receive her bachelors degree from Purdue University.

She worked as an executive secretary in Carrollton, Texas before moving back to Indiana in 2013. While in Texas, Sue, was a member of the Order of Eastern Star. She enjoyed entertaining her many friends and travelling, especially to the beach.

Survivors include one nephew, Phil Tyree of Lebanon; two nieces, Susan Miller of Elizaville and Tammie (Richard) Arens of Lebanon; many great nieces and great nephews; and a brother-in-law, William Tyree.

In addition to her parents and her husband, Sue was preceded in death by her sister, Diane Miller Tyree.

No funeral services are planned. Myers Mortuary and Boone County Crematory have been entrusted with her cremation arrangements.

In lieu of flowers memorials may be made to the Humane Society For Boone County, P.O. Box 708, Lebanon, Indiana 46052.