You Are Here:Home>Obituaries>Thomas “Tom” Wyatt 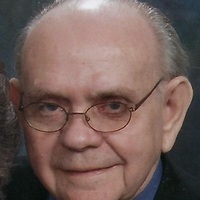 Pastor Tom was a graduate of Lebanon High School. He served in the U.S. Air Force as a mechanic from 1952-56. He was a supervisor at Commercial Filters/Parker/Hannifin. He also sold real estate and life insurance for Western & Southern.  Pastor Tom was a chaplain at Witham Memorial Hospital and the Boone County Jail. He was the “Voice of Faith” on his radio show on Sunday morning and had a religious column in the Lebanon Reporter. He was the Pastor with his wife at One Way Christian Church in Lebanon for 27 years and prior to that had pastored at Crawfordsville Word Fellowship. Pastor Tom was also a Boy Scout Leader for Troop 352.

Everyone is welcome for the visitation Sunday, Aug. 2, 2020 from 3-8 p.m. at the Strawmyer & Drury Mortuary, 2400 N. Lebanon St., Lebanon. The funeral service will be at One Way Christian Church, 445 N. 500 W., Lebanon, on Monday, Aug. 3 at 11:30 a.m. with calling one hour prior to the service. Pastor Tom will be laid to rest at Old Union Cemetery in Jamestown. You are invited to visit the website www.strawmyerdrury.com where you may sign his online register and leave a personal message.

Special thanks to the Witham doctors and nurses, Excel Home Health Care and Paradigm Health, who took care of Pastor Thomas.