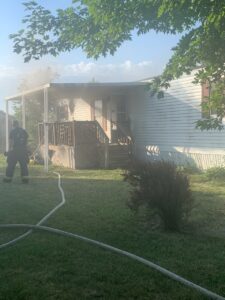 It was a busy Saturday for the Lebanon Fire Department. Saturday morning at 7:52 am crews were dispatched on a mobile home fire at 725 Smiley Street, Lebanon. Crews were initially met with heavy smoke upon entry. Neighbors were unsure if anyone was inside of the home however after searching the residence it was confirmed no one was inside. The fire was extinguished at 8:09 am. No nearby structures were damaged, no injuries were reported. 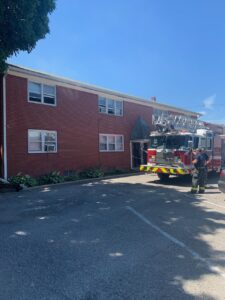 And then at 12:13 pm Saturday, Lebanon Fire crews were dispatched to an apartment fire at 323 N East Street. Upon arrival crews were met with smoke on the second floor. Firefighters performed a simultaneous search and extinguishment of the apartment involved. No residents were inside and the fire was contained to the stove top. No neighboring apartments were affected by the fire or smoke and no injuries were reported.