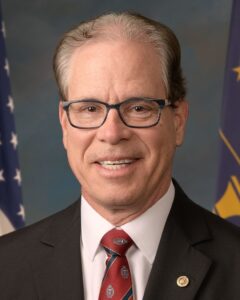 Republican U.S. Senator Mike Braun’s office says it’s not worried about a federal campaign finance report that accuses him of taking an improper loan. The FEC issued a draft report back in September that said Braun took a million-and-a-half dollars in campaign contributions disguised as loans from the company that he worked for. The report also questioned Braun’s spending during his 2018 run for office. Braun’s chief of staff, Joshua Kelley, says they’ve provided regulators with answers to all of the report’s questions, and says new information from the FEC makes it clear that Braun did nothing wrong.