A Meeting With No Answers

A Meeting With No Answers 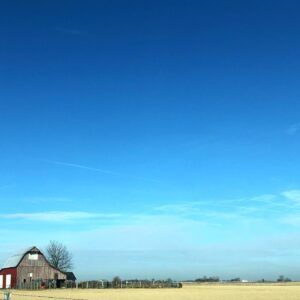 THORNTOWN, Ind. — Will there be more business coming to Boone County? A large turnout sat in the Western Boone High School gymnasium last night to listen to county commissioners discuss the possibility with residents on Thursday.

Rumors have been circling for months in the county that someone or some entity is planning to build on a massive amount of land in the western part of the county. But neither commissioners nor economic development leaders can say who… mostly because they don’t know either.

“The only thing I’m hearing is just a rumor that everybody else has heard that possibly FedEx is involved with the buy of surrounding land here south of Thorntown,” said Dave Williams, a member of the Thorntown Town Council, to WISH-TV. “I’ve heard stories that it’s possible the land has been bought, I’m not sure if it has been.”

He clarifies that what he had heard is nothing but speculation and that no one from FedEx or any other entity has contacted the Thorntown town council about it. WISH-TV reported that some residents had called saying it will be a semiconductor chip manufacturer.

“We know there has been speculation for several months now about a development in the west part of the county,” said Chassity Neckers with the Boone County Economic Development Corp. “We want to make sure we are being transparent but then being proactively listening to our residents.”

She helped organize a public forum at Western Boone High School Thursday night so county leaders and residents could discuss the rumors. Outside of the discussions, Neckers said there isn’t anything else to say about the matter.

“At this time, we don’t have any information,” she said. “Certainly, we want to make sure we are open to those opportunities. We want to make sure we can provide jobs that are life-enhancing for our community. Sometimes, that comes with those higher-paid wages and those types of developments.”