You Are Here:Home>Obituaries>Aaron Justin Venden 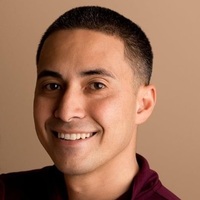 Aaron Justin Venden, resident of Thorntown, IN, passed unexpectantly on Monday, January 17 at the age of 33.

Aaron was born in Yokosuka, Japan on March 6, 1988 to Erick Venden and Ivon Sparks. He graduated from Colorado State University Global Campus in 2017 with a degree in Project Management and has worked at Filson Earthworks for 7 years; most recently as a Project Manager.

Aaron married Michaela Lough on September 3, 2016 in Vero Beach, Florida. On August 11, 2017 he welcomed his first child, Raeanna Lynn Venden. His second daughter, Harlow Grace Venden, arrived March 17, 2020. Aaron was a devoted father and loved his children more than anything in this world. He was a great daddy and his girls adored him.

Aaron was an avid outdoorsman. He enjoyed spending his free time hunting, shooting guns and working on his Oldsmobile Cutlass. Aaron was a problem-solver or a “fixer” as his daughter often stated. He took on virtually every task asked of him.

Aaron was a one-of-a-kind. He was a Broncos fan in Colts nation. He was passionate and loved to debate any topic but held no grudges at the end of tough conversations. He had a heart of gold and an unmatched level of loyalty to friends and family. He was unselfish and often completed tasks and projects for others on his own time. Aaron was known for standing up for the underdog and for always making people feel welcome.

Aaron is survived by his wife Michaela (Lough) Venden and his daughters Raeanna Lynn and Harlow Grace.

A visitation is scheduled for Sunday, January 23 from 2pm-6pm in the Strawmyer Drury Mortuary, 2400 N Lebanon Street, Lebanon. A funeral service is scheduled on Monday, January 24 at 11 am in the funeral home. In lieu of flowers, please consider donating to the 529 college accounts established for Raeanna and Harlow, or the GoFundMe account set up to support Michaela, Raeanna and Harlow.