You Are Here:Home>Obituaries>Aaron W. Everett 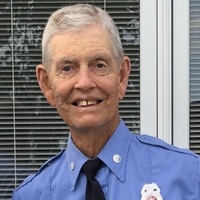 Aaron W. Everett went to be with the Lord and his heavenly family on September 3, 2021.  He was born November 26, 1937 to the late Ray and Phyllis (Smith) Everett.  He was recognized as the first baby boy delivered at the newly opened 1937 Witham Hospital in Lebanon.  Aaron’s mother died of Scarlett Fever when he was 20 months old and he was raised by his father and his grandparents Brian W. and Marie Smith, and John and Claire Everett in southern Boone County.

He graduated from Perry Central High School in 1955 as Senior Class President and was involved in several sports. He also completed 10 years in the Boone County 4-H program.

Aaron drove a school bus for Perry Central and then later for the Lebanon Community School Corporation for a total of 17 years.  Many of his “kids” from the bus can tell you how punctual he was and how clean he kept the bus he owned.  They also followed Mr. Everett’s rules when riding his bus number 3.

He attended Purdue Ag Short Course for two winters and then joined the Army for two tours of duty during the Berlin Crisis.

While on weekend leave from the Army, on May 19, 1962, he married Carolyn Henry from Jamestown at the Methodist Church.  They were back on base for Monday morning roll call at Fort Benning, Georgia.

After the Army, they returned to live in a trailer in Fayette and farm together with his grandparents in Perry Township.  He especially remembers the first tractor he drove with power steering.  He and Carolyn thoroughly enjoyed farming along with their children and grandsons helping many landowners in the area sharecrop their land for over 50 years, including some farms for 3 generations.

Aaron was a charter member that helped start the Perry Township Volunteer Fire Department in 1960.  Over his 61 years of dedicated service, he has helped train and mentor over 150 volunteer firefighters while also serving as Assistant Chief and Secretary/Treasurer.  The governor’s office presented him with a State of Indiana Meritorious Service Award and was also named 2001 Firefighter of the Year by the Boone County Chamber of Commerce.  He was a 4-H club leader, 4-H project leader, board member of the Boone County Farm Bureau Inc., and a member of the Farm Service Agency County Committee.  Other awards received were the Boone County Farm Bureau Agricultural Distinguished Citizen Award, numerous Feeders and Breeders awards, Boone County 4-H Alumni Award, Boone County 4-H Hall of Fame, and the 2020 Agri-News Indiana Farm Family of the Year Award.

A private family ceremony will be held, and Aaron will be laid to rest at Oak Hill Cemetery in Lebanon.

In lieu of flowers, the family has requested any memorial donations to be made to the Perry Future Farmers 4-H Club at 4077 S 250 E, Lebanon, IN 46052 or to the organization of your choice.

Final care of Aaron has been entrusted to the Strawmyer & Drury Mortuary, 2400 N. Lebanon Street, Lebanon.