You Are Here:Home>RadioMom Local News>Accident On State Road 39 Kills Two 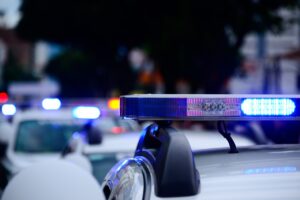 On Tuesday, November 09, 2021, at approximately 07:39 a.m., Clinton County Sheriff Deputies responded to a report of a crash on State Road 39 (US 421), between County Roads 500N and 550N involving a semi-tractor pulling a grain trailer and a passenger vehicle.
Preliminary investigation shows Vehicle 1, a Black 2012 Chevrolet, driven by Richard Windell Jr, 51, of Delphi was traveling southbound on State Road 39. For an unknown reason, the vehicle traveled left of center into the path of Vehicle 2, a Blue 2014 Peterbilt semi-tractor pulling an empty grain trailer. The semi was operated by Terry McQuern, 73, of Frankfort.
After initial impact, the semi traveled off the west side of the roadway, where it crashed into the porch of a residence. No persons were injured inside the residence. Windell Jr. and McQuern were both pronounced dead at the scene.
The roadway reopened at 2:05 Tuesday afternoon.