You Are Here:Home>Obituaries>Anita Rosemary LaFollette 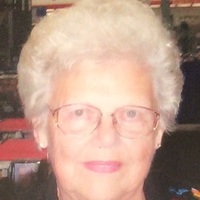 Rosemary was born June 17, 1927 in Morgan Co., IN to Wayne and Bessie (Miller) Black, and was raised by her maternal grandparents, Luther and Hester Miller until it was time to attend high school, at which time she went to Lebanon High School. She was married to Robert LaFollette. He died in 2003.

Rosemary worked for years at the Martin House Hotel in Indianapolis and the Holiday Inn in Lebanon. She helped Mayor Bill Hudnut with the opening of the Indianapolis Zoo and received a Key To The City by Mayor Hudnut for her involvement with the Indianapolis Colts. Rosemary helped her grandson with his cattle and was known as Grandma “bling-bling” to those involved in showing cattle. She loved watching football, IU basketball, open-wheel and NASCAR and liked spending time in Sarasota, FL and caring for her grandkids.

Memorial contributions in her memory may be made to the Humane Society of Boone County, P.O. Box 708, Lebanon, IN 46052 or the Appalachian Bear Rescue, 121 Painted Trillium Way, Townsend, TN 37882.

Rosemary has been taken into the care of the Strawmyer & Drury Mortuary, 2400 N. Lebanon Street, Lebanon. You are invited to visit the website www.strawmyerdrury.com where you may sign her online register and leave a personal message.