You Are Here:Home>Obituaries>Anthony Wayne “Tony” Owens 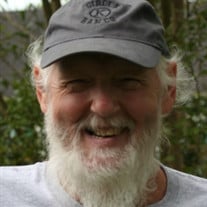 He graduated from Western Boone Jr. Sr. High School. On July 27, 1985 he was married to Jana L. (Nevins) Owens; she survives.

Tony worked at Perdue Farms in Thorntown and Prairie Creek Horse Farm. He was a carpenter and all-around skilled handyman who enjoyed woodworking, and anything to do with the great outdoors. Tony was devoted to his wife, children and grandchildren and loved each of them dearly.

In addition to his father, Tony was preceded in death by a brother, Jeff Owens.

Visitation is planned for Tuesday from 12:00 noon until the time of service at the funeral home in Lebanon.

Interment will follow services at Maple Lawn Cemetery in Thorntown.

Memorials may be directed in c/o Myers Mortuary to assist the family.