Indianapolis – Learn how the U.S. Armed Forces influenced the layout of Indianapolis and its architecture and hear ab out future initiatives of the U.S. Air Force and the Indiana National Guard during our special Speakers Series, “Influence of the U.S. Armed Forces Why Indianapolis Looks the Way it Does.”
Indy welcomes Dr. James Glass (Historic Preservation & Heritage Consulting LLC) and LTG Arnold W. Bunch Jr. (Military Deputy, Office of the Assistant Secretary of the Air Force for Acquisition) to the Indiana War Memorial Museum for Armed Forces Day, Saturday, May 18. 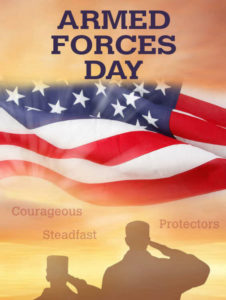 BGEN Stuart Goodwin will begin the program by providing a brief history of how the Indiana War Memorial was established following WWI and a description of the City’s monuments. Dr. Glass will discuss specifically the Soldiers and Sailors Monument and the Indiana War Memorial and how these properties were instrumental in the layout of Indianapolis. LTG Bunch will then address future Air Force plans and their relation to the Indiana Air National Guard.
War Memorial Museum tours will be available following the program.
Entrance to the program is on a RSVP basis, minimum donations of $15 are encouraged. The evening is scheduled from 7 – 9:30 p.m. Hors d‘oeuvres will be provided by the Armed Forces Day Coordinating Council of Indianapolis free of charge and a cash bar will be open for business. Tickets are available on a first-come, first-serve basis. Visit www.armedforcesdayindy.org/rsvp to secure your tickets.
The historic Indiana War Memorial was originally built to honor veterans of World War I. The five-city-block plaza on which it resides in downtown Indianapolis was conceived in 1919 as the location for the National Headquarters of The American Legion and a memorial to the state’s and nation’s veterans. Today, the Indiana War Memorial’s Museum conveys the contributions and sacrifices of Hoosier servicemen and women from the Revolutionary War through recent peacekeeping operations and conflicts.
Established in 1975, the Armed Forces Day Coordinating Council of Indianapolis provides a chance for the community to honor those who currently serve. Our mission is to promote public awareness and involvement in recognizing the valor, sacrifice and honorable service to community, state and nation by today’s active duty, reserve and National Guard military service members annually on Armed Forces Day.
For additional information, please visit the Armed Forces Day Council of Indianapolis website at https://www.armedforcesdayindy.org/