You Are Here:Home>Obituaries>Audrey Maxine Johnson 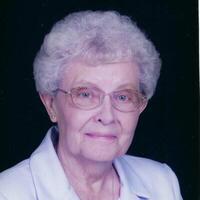 Maxine was born August 30, 1931, in Tompkinsville, KY, a daughter of the late Troy and Virginia (Richey) Tyree. She married Jack Johnson on October 3, 1954. He preceded her in death.

Maxine worked for Donaldson’s Chocolate shop, retiring after 20 years. She especially enjoyed flowers and spending time shopping with her granddaughters. Maxine’s family was especially important to her. She was a member of the First Community Church in Lebanon.

In addition to her parents and husband, Maxine was preceded in death by a daughter-in-law, Susie Johnson, and a brother-in-law, Bob Thrine.

Family and friends will gather Wednesday, September 8, for visitation from 12 p.m. until the time of the funeral service at 2 p.m. in the Strawmyer & Drury Mortuary, 2400 N. Lebanon Street, Lebanon. Maxine will be laid to rest at Oak Hill Cemetery in Lebanon. Memorial contributions in her memory may be made to Meals on Wheels.