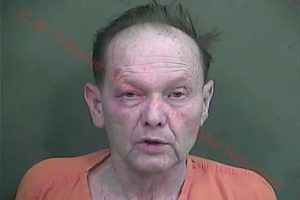 Ritchie Barton pleaded guilty but mentally ill to a charge of aggravated battery and two counts of attempted battery by means of a deadly weapon, at a plea change hearing Friday.
The charges stem from an early morning incident, May 25, 2018, at Crawsford Manor on the Hoosier Village campus in Zionsville, when Barton stabbed Saundra Finchum in the sternum and legs after telling her “I’ve got to kill you,” she told police. After tussling with Finchum and a neighbor’s guest, Barton stabbed at two police officers who were trying to apprehend him, stopping only when he was Tased. Finchum survived her injuries. More details in the Lebanon Reporter.