You Are Here:Home>Obituaries>Bonnie Lee Huckleberry 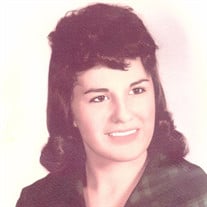 On July 1, 1961, she was married to Dale Edward Huckleberry in Advance, Indiana. They had shared 34 loving years together before he passed away on May 30, 1996.

Bonnie attended schools in Lebanon. She worked as a seamstress at E Z Rake for many years. She was a devoted wife, mother, grandmother, and great grandmother who loved taking care of her family. Bonnie was an avid reader and enjoyed animals, crafting, and living in the country.

In addition to her mother and husband, Bonnie was preceded in death by a brother, William Vann; and two sisters-in-law, Della Vann and Sharon Vann.

Graveside Funeral Services are planned for 3:00 p.m. on Wednesday, January 26, 2022, at Crown View Cemetery in Sheridan, Indiana. Myers Mortuary in Lebanon is handling her arrangements for burial.

Memorials may be directed in her memory to the Humane Society for Boone County, P.O. Box 708, Lebanon, Indiana 46052.