You Are Here:Home>Obituaries>Brian Keith Feltner 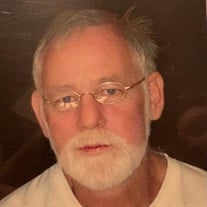 Brian Keith Feltner, 64, passed away Monday, November 8, 2021 at Witham Memorial Hospital in Lebanon, Indiana. He was born in Indianapolis, Indiana on July 8, 1957; a son of the late Charles Woodson Feltner and Rena Annette (Hapner) Feltner Myers.

Brian was a masonry contractor for many years and served his country honorably in the U.S. Army.

He was a hard worker who enjoyed the great outdoors, taking long nature walks and collecting many artifacts along the way. He will be greatly missed by all who knew him.

He was preceded in death by a brother, Karl Brock and sister, Nannetta Burdine.

Funeral Graveside Services will be held on Friday, November 12, 2021 at Old Union Cemetery in Jamestown, Indiana. In lieu of flowers, memorials may be given to the charity of the donor’s choice.

Myers Mortuary in Lebanon, Indiana has been entrusted with his funeral arrangements.