You Are Here:Home>RadioMom Local News>Car Theft Ends In Crash, Arrest 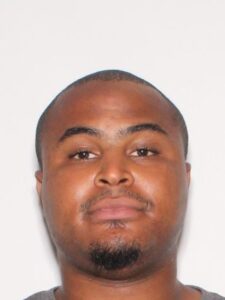 On Thursday, July 1, 2021, at approximately 7:40pm, Clinton County Central Dispatch received a report of a stolen vehicle, a Gray 2010 Toyota Avalon, from the Mulberry Marathon Gas Station. The vehicle was last seen fleeing the area eastbound on State Road 38, with a known firearm inside the vehicle.

Officers were able to locate the vehicle traveling eastbound on State Road 28 into Frankfort. A pursuit ensued south on State Road 39, where the vehicle lost control in the Antioch curve at State Road 39 and State Road 38. The vehicle went into a yard and crashed into a parked vehicle, throwing debris on multiple other vehicles parked at the residence.
After the collision, the driver attempted to flee on foot, when he was apprehended quickly by officers. The firearm was recovered at the scene. The driver was transported to the hospital to be checked for injuries before being remanded to the Clinton County Jail.
The driver was identified as Derek Bradley, 30, of Indianapolis.