You Are Here:Home>Obituaries>Carroll “CC” Randle 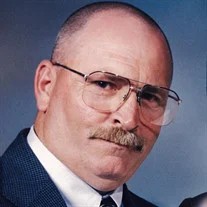 He was a 1964 graduate of Pinnell High School. CC served his country honorable in the United States Air Force from 1964 to 1968. On April 22, 1988 he married Sandra (Davidson) Randle and she survives.

CC was employed with AT & T, retiring in 2007 after 38 years of dedicated service. He was a member of New Brunswick Christian Church, Telephone Pioneers, Boone County Bassmasters, American Legion and the Moose Lodge. CC was also in the Lebanon Bowlers Hall of Fame.

CC loved his family and was a good friend to all. He enjoyed fishing, bowling, and meeting up with his friends at the round table for breakfast.

One Brother: Gerald Randle of Lizton

One Sister: Cheryl Wilkins of Jamestown

In addition to his parents, CC was preceded in death by one brother, Darrell Randle.

Memorial services with military honors will be held at 11:00 a.m. on Monday, September 28, 2020 at the Shelter House of Old Union Church, 5861 South, 500 West in Jamestown, Indiana. He will be laid to rest following services at Old Union Cemetery in Jamestown.

In lieu of flowers, the family requests memorials to the American Legion or Humane Society of Boone County.