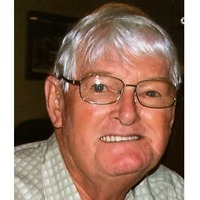 Charlie was born on Sep. 15, 1928, in Boone County, the son of the now late Victor Bruer Acton and Mae F. Peabody Acton.

Charlie graduated from Pinnell High School and went on to serve in the US Navy. He worked as a cabinet maker. Charlie was a member of the American Legion Post 113, the VFW, and the Boone County Murat Shrine. He was also a member of the Thorntown Christian Church and attended the Shannondale Presbyterian Church.

A private graveside service will take place in the Dover Cemetery. A celebration of life for Charlie will be held at a later date. You are invited to visit the website www.strawmyerdrury.com where you may sign his online register and leave a personal message. Final care of Charlie has been entrusted to the Strawmyer and Drury Mortuary of Lebanon.

The family of Charlie would like to extend a thank you to the doctors, nurses, and staff at Witham Memorial Hospital for their kindness, courtesy, and professionalism in caring for Charlie.

Memorial contributions in his name may be made to a charity of the donor’s choice.