You Are Here:Home>Obituaries>Charles L. “Charlie” Flaugher 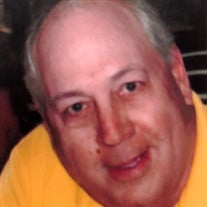 Mr. Charles L. “Charlie” Flaugher, 71, passed away Thursday, December 16, 2021 at his home in Lebanon. He was born in Beech Grove, Indiana on January 7, 1950; a son of the late Billy James and Rosemary Ann (Drullinger) Flaugher.

He was a 1969 graduate of Lebanon High School. On October 25, 1974 he was united in marriage to Kathy (McPeak) Flaugher; she survives and they shared 47 years together.

Charlie was employed for thirty years with CSX Transportation in Avon, retiring in 2017. Prior to CSX, he worked as a pressman for RR Donnelly and also was a manager for Burger Chef.

He was a loving husband, father and grandfather. He enjoyed fishing, and was active in various sports leagues in bowling, softball and baseball.

Funeral Services will be held at 3:00 p.m. on Sunday, December 19, 2021 at Myers Mortuary, 1502 North Lebanon Street in Lebanon with Pastor Matt Skiles officiating.

Friends and Family will gather on Sunday from 2:00 p.m. until the time of service at the funeral home in Lebanon. Celebration of Life and burial of ashes will be held at a later date.