You Are Here:Home>Obituaries>Charlotte Louise Boone 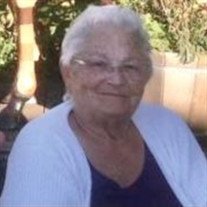 Charlotte Louise Boone, 81, passed away peacefully at Restoracy of Whitestown, on Sunday, May 2, 2021 with family at bedside. She was born in Lebanon, Indiana on July 28, 1939; a daughter of the late Charles Virgil Moss and Ruby Fern (Turner) Moss Padgett.

Charlotte worked as the Regional Account Manager for TAB Products for several years before her accident in 1980. She dedicated herself the last few years to helping at the Caring Center-Project Help in Lebanon and enjoyed working with the volunteer staff and the community.

She was a member of First Baptist Church in Lebanon and had attended Centenary United Methodist Church. Charlotte loved her family dearly and thoroughly enjoyed spending time with each of them. She was an avid reader and a die-hard Jeff Gordan fan.

In addition to her parents, Charlotte was preceded in death by a brother, Gary Turner Moss and a sister, Connie Lou (Moss) Franklin.

Memorial Graveside Services will be held at Oak Hill Cemetery in Lebanon on June 4 at 11:00am.

Myers Mortuary and Boone County Crematory have been entrusted with her arrangements.

In lieu of flowers, memorials may be given in her memory to the Caring Center-Project Help of Lebanon