You Are Here:Home>Obituaries>Christopher Scott Bartolomei 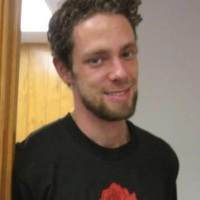 Knock, knock, knockin’ on heaven’s door, after a long battle Christopher Scott Bartolomei, 39, passed away on Feb. 1, 2021, with open arms finally to rest in the hands of our beloved Jesus.

Born and raised in Joliet, IL., Christopher moved to Lebanon with his family in 1998 and attended Lebanon High School. Christopher had so many talents and hobbies. He enjoyed writing in his journal daily, he aspired to publish a book one day about his life and experiences. He was an avid storyteller and loved sharing his life with others. He loved painting and creating art, this was one of the many outlets and a window to his soul. Chris played several instruments growing up, which started with his father giving him a toy saxophone which later led to a real one, among many others on his musical journey. He loved to sing, no matter what was on. He would find his groove and dive right in. Music was a huge part of Chris’s existence. He was in a band called Pile Dog when he was young that included bandmates Jason Haake and Steve Putnum. That was only one of his many music projects he loved so dearly.

Chris was a loving son, brother, uncle, cousin and nephew. He loved his family and attending get-togethers where he would make jokes and talk to everyone about anything under the sun.  He was so smart and could talk for hours on end. His resilience was astounding. No one could ever forget his infectious laugh and his beautiful smile that could make even the darkest days seem a little brighter.

Survivors include his mother Regina A. Bartolomei (Boyne), brother Savior R. Bartolomei, sister Serena L. Bartolomei (James Price), nephews Vincent and Dominic, son Ian K. Bartolomei, his adoring Aunt Tereasa whom he referred to as “one of the sisters of the sacred heart” (along with his mother), and among many aunts, uncles and cousins.

Christopher has been taken into the care of the Strawmyer & Drury Mortuary, 2400 N. Lebanon Street, Lebanon. You are invited to visit the website www.strawmyerdrury.com where you may sign his online register and leave a personal message.