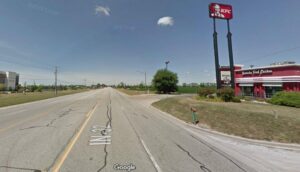 Lebanon is working on a deal to turn the farm land just west of the KFC into another business park. The city is seeking a private and public partnership to build smaller buildings that are requested by several companies looking to come to Boone County.

With the Lebanon Business Park nearing capacity, the city of Lebanon is looking to enter into public private partnerships to entice more economic development. The Lebanon City Council adopted a resolution to adopt the Indiana code regarding build, operate and transfer. While there are different scenarios in the build, operate, transfer code, City Building and Planning Director Ben  Bontrager said Lebanon is looking at having a private developer build the building and transfer it to the city. The city would take over payments on the loan until the building is sold to an end user. Bontrager told the council that there is a deal already in the works on Ind. 32, west. More details in the Lebanon Reporter.