City of Frankfort Awards Paving Bid and Paving Plans for 2022

You Are Here:Home>RadioMom Local News>City of Frankfort Awards Paving Bid and Paving Plans for 2022

City of Frankfort Awards Paving Bid and Paving Plans for 2022

FRANKFORT, Ind. – The City of Frankfort has announced a total of twenty-three projects will be completed during 2022 using a combination of local funds and funding awarded through Indiana’s Next Level Roads: Community Crossings matching grant.

Mayor Judy Sheets, Board of Public Works members, and Street Superintendent Jason Forsythe approved the total of $912,716.72 for 2022. The following paving projects will begin at the end of March or the beginning of April (weather permitting):

“I appreciate everything that Jason Forsythe has done for the City and the Street Department. Because of his efforts, we have been able to save the City of Frankfort thousands of dollars and was able to pave more roadways,” stated Mayor Sheets. “The Community Crossing matching grant has played an important part in our infrastructure and helped us maintain our roads over the past few years. Thank you Jason.”

Reith Riley was awarded Frankfort’s paving projects at the December 30, 2021 Board of Public Works Meeting. To see how the cost per project has been broken down, please visit The City of Frankfort’s website.

“I want to personally thank Mayor Sheets, Board of Public Works, as well as City Council for their time and appropriating funds for us to use towards the application for these 23 projects. All of the roadways listed were considered 2-rated roads on the Paser Scale as part of the City of Frankfort Asset Management Plan – required for the grant process. A ten on the Paser Scale is equivalent to the revitalized Washington Avenue and zero is considered the worst,” add Jason Forsythe. 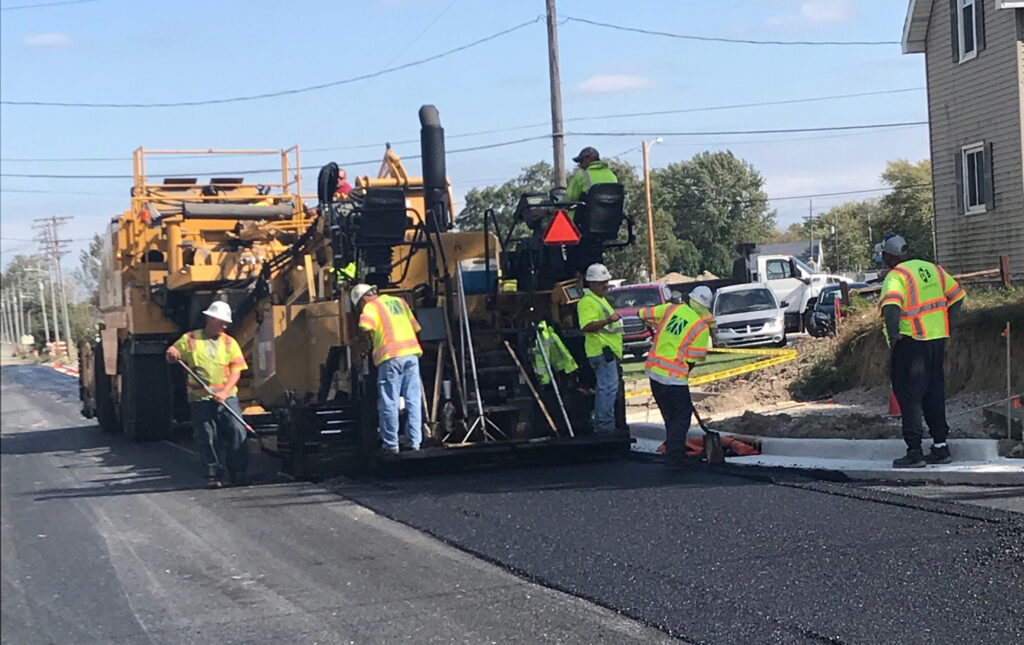 Paving work being completed in this 2020 file photo from the City of Frankfort Facebook page.