FRANKFORT, Ind. – The Monday, January 3rd meeting of the Clinton County Board of Commissioners was the deadline provided for Jail Matron Ashley Kelly to accept a “non-negotiable” consultant contract or be no longer employed by the County.

However, during a nearly twenty-five minute exchange between Matron Kelly and the three-member Board, Commissioner Uitts stated the following in reply to the Matron’s question of “don’t you think you need a judicial review to remove me?”

Minutes from the December 27, 2021, Board meeting show the following motion and subsequent passing of the motion to end the Matron’s employment with the County:

“Commissioner Brewer motioned effective January 3, 2022 that Ashley Kelly will no longer be employed as Matron of Clinton County Jail based on the findings of the State Board of Accounts. He stated legally the commissioners can’t continue on with someone that’s in that position illegally. The Sheriff has the option to refuse or decline the proposal that was sent to the Sheriff’s attorney. Motion was seconded by Commissioner Timmons. Motion carried 3-0.”

The Board took no further action to rescind or recall the motion to end the Matron’s employment status during the January 3rd meeting.

Auditor Ostler stated “yea, everything is on Gateway.” Matron Kelly asked for which year and received a reply of, “for the 2012 ordinance.”

The conversation between Commissioner Uitts and Matron Kelly continued over payment of legal fees – the County Council approved payment of over $52,000 to county attorney Tom Little in December 2021 – the sheriff’s legal deputy has not been paid in several months.

“You negotiated yourself a pay raise before you ever took office,” said Commissioner Uitts.

In a separate matter relating to Matron pay in a article published by the “Times of Northwest Indiana” in a May 28, 1997, titled, “Matrons awarded thousands in back pay,” stated “Porter County will pay about $150,000 to two longtime county jail matrons who a judge decided had been underpaid for more than 15 years.”

The article further included, the judge in the case “… based his decision on an Indiana Court of Appeals ruling that concluded that state statute requires jail matrons be paid the same salary as deputy sheriffs and police officers because they perform like work. …”

Sheriff Rich Kelly addressed the commissioners with a potential resolution to the nepotism issue.

“Properly remove the exemption and we’ll move forward,” commented Sheriff Kelly. “I think without a doubt if that is the nepotism policy that the county wants to adopt then we will adhere to it. But it has to be by the statute under section 9 (IN 36-1-20.2-9(a)). Follow those steps and we’ll move forward.”

After the meeting, Commissioner President Jordan Brewer was asked to address the somewhat confusing outcome with the Matron.

“We’re just following the directive from the State Board of Accounts addressing the two issues of internal deficiencies and we had a motion at our 27th meeting that today would be her last day,” said Commissioner Brewer. “We were willing to work with her to come to that agreement or as what came about at our December 7th meeting – open to listening to their solution and we received nothing there.”

“They declined this agreement so we will just not be approving the payroll going forward for the position as she is illegally in that position – based on the findings and information we have from the State Board of Accounts – yes, she is legally not allowed to be in that position.”

Asked for clarification if Matron Kelly is still free to work to continue the various programs like: the Federal inmate housing program and the work release program, yet the County is not going to pay her?

The legal battle continues in Tippecanoe County with the Commissioners in agreement to add the question of whether or not the Sheriff and Matron are in violation of the County’s Nepotism Ordinance.

County Attorney Tom Little has filed a motion with the Court for an extension in filing the necessary papers until February 28, 2022, with a date for oral arguments to be set at the Court’s availability. The motion states the Kellys attorney is in agreement with the additional time.

The Court had previously set oral arguments for February 23, 2022. 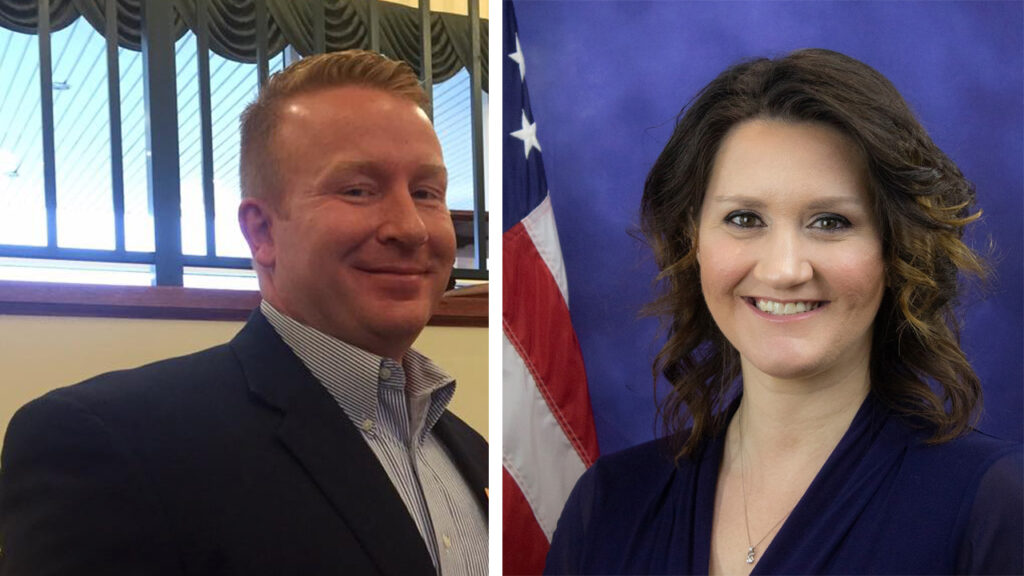