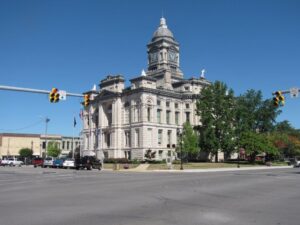 1) In July of 2021 the Sheriff submitted a detailed report of the first six months of 2021 Commissary activity to Clinton County Council. This report documented weekly payments to Leonne, LLC in January for a total amount of $13,152.21. It showed a total amount of payments to Ashley Kelly of $17,154.38 from April through June 2021.

2) On October 18, 2021 Sheriff Rich Kelly stated to the Commissioners that Ordinance 2021-09 was being enforced and complied with, and Ashley Kelly was no longer being paid any amount from the Clinton County Sherriff’s Commissary Fund.

3) Lastly, the Commissioners and Council have been informed that the Indiana State Board of Accounts will be setting up an exit interview to report findings of its examination into the Commissary Fund in the near future.

With these three items of oversight accomplished, we filed our Motion to Dismiss to stop the now unnecessary litigation and cost associated with that legal process. However, we have been informed that Sheriff Kelly will continue to keep litigation ongoing through his Counter Claims and Motion for Declaratory Judgement in an effort to preserve at all costs the lucrative weekly payments from the Commissary Fund that his family receives.
The Commissioners and Council will continue to put taxpayers first and work diligently to see that Commissary proceeds are used for their statutorily enumerated purposes of supporting the jail and its staff.