FRANKFORT, Ind. – Merely weeks after passing an ordinance prohibiting money paid to Clinton County salaried employees from the sale of commissary items without a signed compensation contract with the Commissioners, the Commissioners transmitted on Tuesday, during its scheduled meeting at the Courthouse, a commissary management contract to the attorney representing Jail Matron Ashley Kelly who has been serving as the commissary manager since 2019.

The Commissioners also announced a compensation contract for Sheriff Rich Kelly and an interlocal agreement regarding the federal inmate housing program had been sent to Sheriff Kelly via his attorney. However, Sheriff Kelly and the County Council agreed to a 2022 sheriff’s compensation amount during the budget hearing held September 15.

“There’s been some public questions about whether or not the Commissioners were holding things up – so on and so forth. Anyway, this morning we went ahead and made sure to do it in a public meeting,” said Clinton County Commissioners President Josh Uitts after the meeting.

“Three years ago, those same agreements should have been sent,” said Sheriff Kelly when asked about the Commissioners sending the documents. “I’ve hired my own personal attorney out of my own pocket to pay for that to happen and it never has in the past… I was told they were mailed in December 2018, so I am kind of waiting to see if they actually got emailed today.”

However, Uitts said the sheriff was presented with contracts in 2018, 2019, and 2020. “One contract was presented and we never heard back from them.”

Matron Kelly replied via a court filing, “I have increased by tens of thousands of dollars the revenue generated annually for the jail commissary fund by adding products available for inmates to purchase. E-cigarette sales and sales of other tobacco substitutes have greatly increased commissary sales. The increased revenue has allowed the Clinton County Sheriff’s Office to make needed purchases with no expense to taxpayers.”

“As an example, the Sheriff’s Office was able to pay over $3,400 per month for a body scanner without using any taxpayer money. Similarly, the Sheriff’s Office purchased a K9, a snowplow, a fingerprint machine, and staff uniforms as well as many other items – all without tax dollars. The increased commissary revenue has also increased the amount of money I earn as Commissary Manager.”

When asked why the change, Uitts said: “Because previously the fifty-fifty split was, obviously, the highwater mark was $30,000 a year. Currently, the pay for that is $1,500 a week. So, we don’t feel that is appropriate amount of money for that type of work. You do the math – that is $1,500 a week for 52 weeks. That’s more money than any county employee makes. This is a contractor – an appointed person by the sheriff, so we don’t feel it’s appropriate.”

A public records search revealed six Clinton County employees made in excess of $1,500 a week during the year 2020 – the most recent available data from an Indiana Gateway report titled, “2020 Certified Report of Public Employment and Compensation Clinton County, Clinton County.” 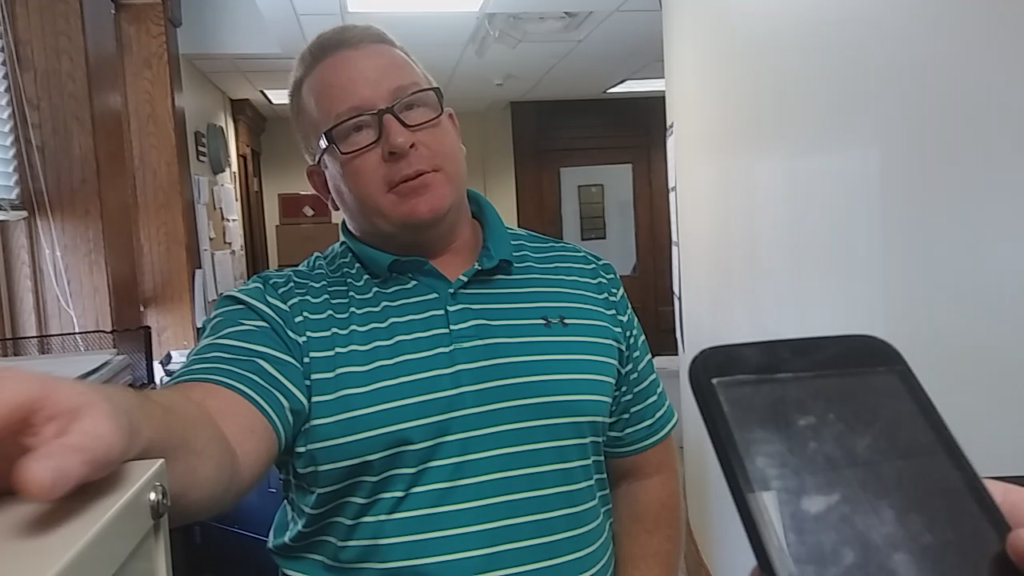