You Are Here:Home>RadioMom Local News>Clinton County Police Make An Arrest 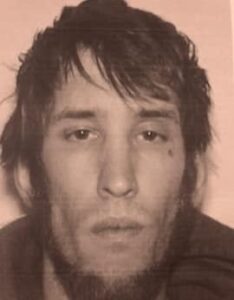 On Saturday, July 9, 2022, at approximately 4:18PM, Deputies with the Clinton County Sheriff’s Office were provided an anonymous tip of a wanted subject, at a residence in Mulberry. As Deputies attempted to locate the individual, the male subject fled the home.

Clinton County Deputies and Troopers with the Indiana State Police canvased the area where the suspect was last observed.
During their investigation, a citizen complained of suspicious activity at a nearby apartment complex. While following up on the information provided, K9 Bary located and apprehended the individual in a closet at the apartment complex.
Austin Grigsby was wanted on warrants out of White, Tippecanoe and Marion Counties on Felony Charges of Burglary, Possession of Methamphetamine, Resisting Law Enforcement and multiple other misdemeanor warrants. Grigsby was treated at the hospital before being transported to the Clinton County Jail. The Clinton County Sheriff’s Office was assisted by the Indiana State Police, Clinton County Central Dispatch and Clinton County EMS.