You Are Here:Home>RadioMom Local News>Crawfordsville Man Found Guilty Of 3 Counts Of Child Molest 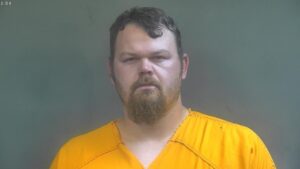 On September 21, 2022, Kenneth A. Arnold, 24 of Crawfordsville was found guilty of 3 counts of Child Molesting as a level 1 felony. After a day-long contested bench trial, Boone County Superior Court II Judge Bruce E. Petit announced the verdict – Guilty on Counts I, II and IV and not guilty on Count III. All counts are level 1 felony child molesting allegations.

The charges stem from acts committed by Arnold between January of 2014 and December of 2016 while he was working as a gymnastics coach at an athletic center in Zionsville.

The sentencing hearing for Arnold is set for November 21, 2022, at 1:30 PM in Boone Superior Court II