You Are Here:Home>RadioMom Local News>Crime Stoppers Tip Leads To Pursuit And Arrest Of Frankfort Man 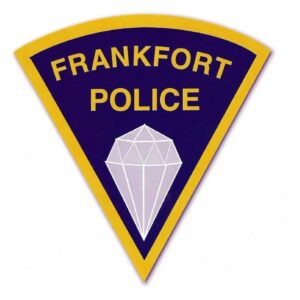 On January 10, 2022, Frankfort PD Detectives received a tip from Crime Stoppers that a wanted person had made comments to commit “suicide by cop” if stopped on a warrant. A surveillance team located the individual on January 11, 2022 at approximately 1 P.M. A traffic stop was conducted and the driver initially stopped. He then fled the scene on a slow-moving pursuit out of the city. Frankfort Police were joined by the Clinton County Sheriff’s Office and Indiana Department of Natural Resources.
The suspect vehicle ran out of gas on County Rd 200 S east of County Rd 450 W where a standoff occurred. Members of the Crisis Negotiation Team were on scene and negotiated for approximately three and a half hours. Clinton County SWAT team was activated and responded during this same period.
“Very cold temperatures and windy conditions coupled with a rapidly evolving tense situation showed how professional and well trained our law enforcement team is,” stated Chief Scott Shoemaker. “The individual did the right thing in the end and the situation resolved peacefully but it could have gone so many different ways.”
Also assisting the Frankfort Police Department were: Mulberry Police, Clinton County Central Dispatch, Frankfort Fire Department, Clinton County EMS and the Red Cross of Clinton County.
Charges will be reviewed by the Clinton County Prosecutor’s Office. For now, 33-year-old Michael Ray was taken into custody on the following requested charges along with the warrant for Failure to Appear on Original Charges of Possession of Methamphetamine and Possession of a Firearm: Resisting Law Enforcement/Fleeing, Pointing a firearm at another person, Unlawful possession of handgun by a felon, and possession of handgun without a permit.