You Are Here:Home>Obituaries>Cristina Ludivina Powell 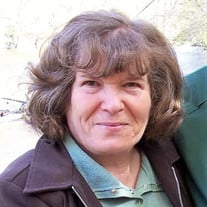 Mrs. Cristina Ludivina Powell, 74, passed away peacefully surrounded by her loving family on Friday, August 6, 2021 at Goshen Hospital in Goshen, Indiana. She was born in Monterrey, Mexico on May 30, 1947; a daughter of the late Diego Cruz Mendoza-Garcia and Olivia Martinez-Garcia.

Survivors include her husband: Philip Powell, II of Goshen