You Are Here:Home>Obituaries>Dale Leon Nance 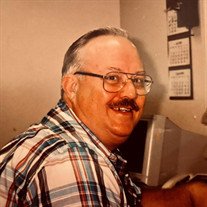 Dale worked for many years as a supervisor at Shumate Business Forms, retiring in the early 2000s.

He took great pride in his family and enjoyed socializing with his many friends.

In addition to his parents, Dale is preceded in death by a brother, Don Nance, and a sister, Linda Payne.

Visitation is planned for Friday, April 23, 2021 from 12:00 noon to 1:30 p.m. at Myers Mortuary, 1502 North Lebanon Street, in Lebanon, Indiana.
Graveside Funeral Services with military rites will follow at 2:00 p.m. at Hopewell Cemetery, north of Lebanon.

Memorials may be made in his memory to the charity of the donor’s choice.