You Are Here:Home>Obituaries>Darol L. Mercer 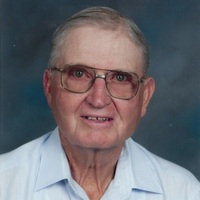 Darol graduated in 1951, from Jackson Township high school in Jamestown. The day after graduation, he was employed at Allison Transmission. When he returned from serving in Korea in 1956, he returned to Allisons for employment.

He started his love of farming during high school, working for his uncle Graham Hendrix in Boone County. He started farming full time west of Advance and continued until his retirement in 1998.

Darol was a member of Advance Community Christian Church where he also helped in the construction of the Church in 1996. He was also a member of the Advance American Legion.

In addition to his parents and wife, Darol was preceded in death by brothers, Melvin Lee Mercer and William (Donna) Mercer and brother-in-law, Ed Brunes.

Family and friends will gather Wednesday, August 24, 2022 for visitation from 4 p.m. until 8 p.m. in the Advance Community Christian Church, 305 IN-75, Advance IN, 46102. A Funeral service will be held Thursday, August 25, at 10:30 a.m. with visitation beginning at 9 a.m. in the Church. Darol will be laid to rest at Old Union cemetery in Jamestown.

Memorial contributions in his memory may be made to Advance Community Christian Church.

Final care of Darol has been entrusted to the Strawmyer & Drury Mortuary, Lebanon.