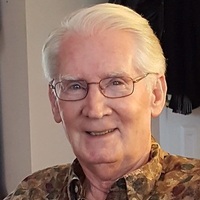 David (Dave) Franklin Robbins, Sr., 81, of Zionsville, IN, passed away on Aug. 27, 2020 at Witham Hospital. He was born to Verla and Juanita Robbins on Nov. 7, 1938 at Witham Hospital in Lebanon, IN. Dave and his six siblings were raised in North Salem, IN.

Dave married the love of his life, Carolyn Keck, on May 27, 1959. They were married for 59 years at the time of her passing on Dec. 18, 2018. They have four children: Teresa (Todd) Hussong, Paul (Trudy) Robbins, Derek (Bridget) Robbins, David Robbins, Jr. and one adopted daughter, Patty Jones. All children survive.

After graduating from North Salem High School, he entered the United States Air Force. After proudly serving his country, he received an honorable discharge. Dave then began a 30 plus career with Western Union retiring as an Earth Satellite Technician. Following his retirement, he began to work for ERS Wireless in Indianapolis, before finally retiring for good.

In addition to his children, Dave is survived by nine grandchildren and 26 great-grandchildren. He is also survived by two of his siblings Jack Robbins and Delores Robbins. Preceding Dave in death: his parents; his beloved Carolyn; Donald Robbins (brother); Linda Wickland (sister); Lois Tichner (sister); and Danny Howard (brother).

For many years, Dave and Carolyn were proud members of First Community Church in Lebanon. He loved to memorize scripture and singing gospel songs. For several years, he was a member of the Cornerstone Gospel Quartet.

In the Air Force, he was a champion ping pong player. His enjoyment of ping pong continued with the purchase of a ping pong table for their homes. Dave had been an avid golfer. A big advocate of DIY, Dave could often be found repairing things for himself and others. Even at the age of 81 and living with Parkinson’s Disease, he loved his yard work and, in the winter, would clear the snow from his and his neighbor’s properties.