You Are Here:Home>Obituaries>David J. Graham 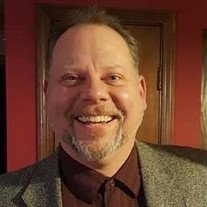 He was a 1987 graduate of Tri West High School. Following high school he was a supervisor at Hendrickson in Lebanon.

A Celebration of Life will be held on Saturday, April 17, 2021 from 1:00-3:00 p.m. with sharing of memories beginning at 2:00 p.m. at Eel River Township Community Center, 6 South Main Street, North Salem, IN 46165. The family would like for those attending to wear their favorite pair of jeans and favorite band t-shirt in honor of David.