You Are Here:Home>Obituaries>Deanna Kuykendall Lloyd 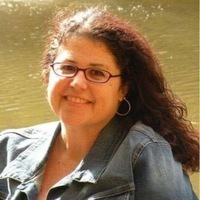 She was born on February 1st in Kansas to Chief Master Sergeant David and the late Louise Kuykendall. After traveling around the world with the military, her family settled in California. From there she graduated from Highlands High School and went on to give birth to her eldest daughter, Ashley Mowery. Later she moved to Lafayette here in Indiana and had her youngest daughter, Lydia Lloyd. We won’t mention her ex- husbands here. She enjoyed paper crafts and sewing, even making a tradition of making Christmas pajamas for her family for the past 17 years. Her other hobbies included reading and listening to music.

In lieu of flowers, her family asks you to make a donation to a cat rescue or animal shelter, but primarily cats because the only cat she liked was Pippin. Also, this holiday season to play music that has, as Deanna would put it, “sexy sax sounds”.

Final care of Deanna has been entrusted to the Strawmyer & Drury Mortuary, 2400 N. Lebanon Street, Lebanon. You are invited to visit the website where you may sign her online register and leave a personal message at www.strawmyerdrury.com.