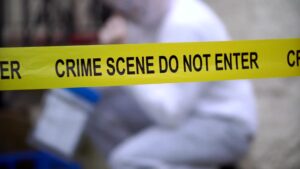 On Tuesday, July 6, 2021, at approximately 5:10pm, Clinton County Deputies were dispatched to Mulberry for a welfare check at 215 S Elm Street. Upon their arrival, Deputies located a deceased adult male and adult female. Investigators from the Sheriff’s Office were called to the scene, along with the Clinton County Coroner.
While the investigation is ongoing, there is no safety concern for residents. The Sheriff’s Office was assisted by the Indiana State Police, the Clinton County Prosecutor’s Office, Animal Control and Clinton County Central Dispatch.
Victim identities will be released when notification to the families have been completed.