You Are Here:Home>Obituaries>Dennis D. Hester 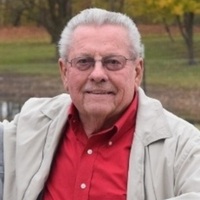 Dennis D. Hester, 85, of Lebanon, died Saturday, March 19, 2022 at Witham Hospital in Lebanon.  Dennis was born September 29, 1936 in Winchester, Indiana to the late Orpha Francis and Ruth Caroline (Bien) Hester.  He was a veteran having served in the United States Army.

Dennis worked as a Private Investigator since 1959; retired from Ohio Casualty in 1995 and started a business called Claim-Net, LLC in 1999.  His memberships include the National Association of Investigators and the Indiana State Adjustors Association.

Dennis was preceded in death by a brother Lowell L. Hester and sister Illa Jean Gage.

Family and friends will gather Thursday, March 24 from 12:00 p.m. until the time of service at 2:00 p.m. with Pastor Craig Carrell and Chaplain Joni Scott officiating in the First Community Church, 701 N. Lebanon Street, Lebanon, Indiana 46052.  Military Rites will be presented at the church.