You Are Here:Home>Obituaries>Dennis J. Tuder 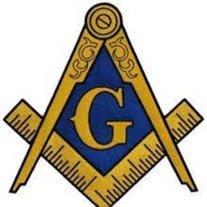 Mr. Dennis J. Tuder, 68, passed away Thursday morning, July 8, 2021, at his home in Whitestown, with his family by his side. He was born in Lebanon, Indiana on September 6, 1952; the son of the late Billie J. and Phyllis Lee (Thistlethwaite) Tuder.

He was a 1971 graduate of Sheridan High School. Following high school, he attended Purdue University where he received an associate degree in electrical engineering.

On August 8, 1981 he married Vicky Lynn (Ragsdale) Tuder in Lebanon, Indiana; she survives. Dennis worked for Duke Energy for 40 years, retiring in 2008.

He attended Northfield Community Church in Zionsville. He was also a member of Noblesville York Rite, along with the Masonic Lodge (Celestial 525) and Order of Eastern Star (Chapter 248), of Whitestown.

Dennis loved his family and he also enjoyed collecting tractors, camping and traveling to casinos. He had a huge heart and will be missed by all who knew him.

Visitation will be held on Tuesday, July 13, 2021, from 4:00 p.m. to 7:00 p.m. at Myers Mortuary, 1502 North Lebanon Street, Lebanon, Indiana. Masonic Rites will be held at 7:00 p.m. on Tuesday, following visitation at the funeral home in Lebanon. Boone County Crematory has been entrusted with his cremation.